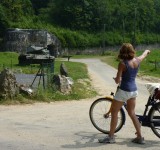 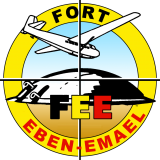 The fort of Eben-Emael was and still is military territory and was of high strategic importance for the defence of the east of Belgium. Situated at the Albert-Canal, it's main task was to prevent the passage of the Albert Canal and the river Meuse. Nowadays, the museum in the fort displays objects, weapons, uniforms and so on dating from 1940. It may be considered as the battle museum of the Albert Canal of 10 and 11 May 1940 during which over 700 Belgian soldiers died.

We strongly recommend that you visit the website of this service provider to find out more about the opening dates and access conditions of the attraction.