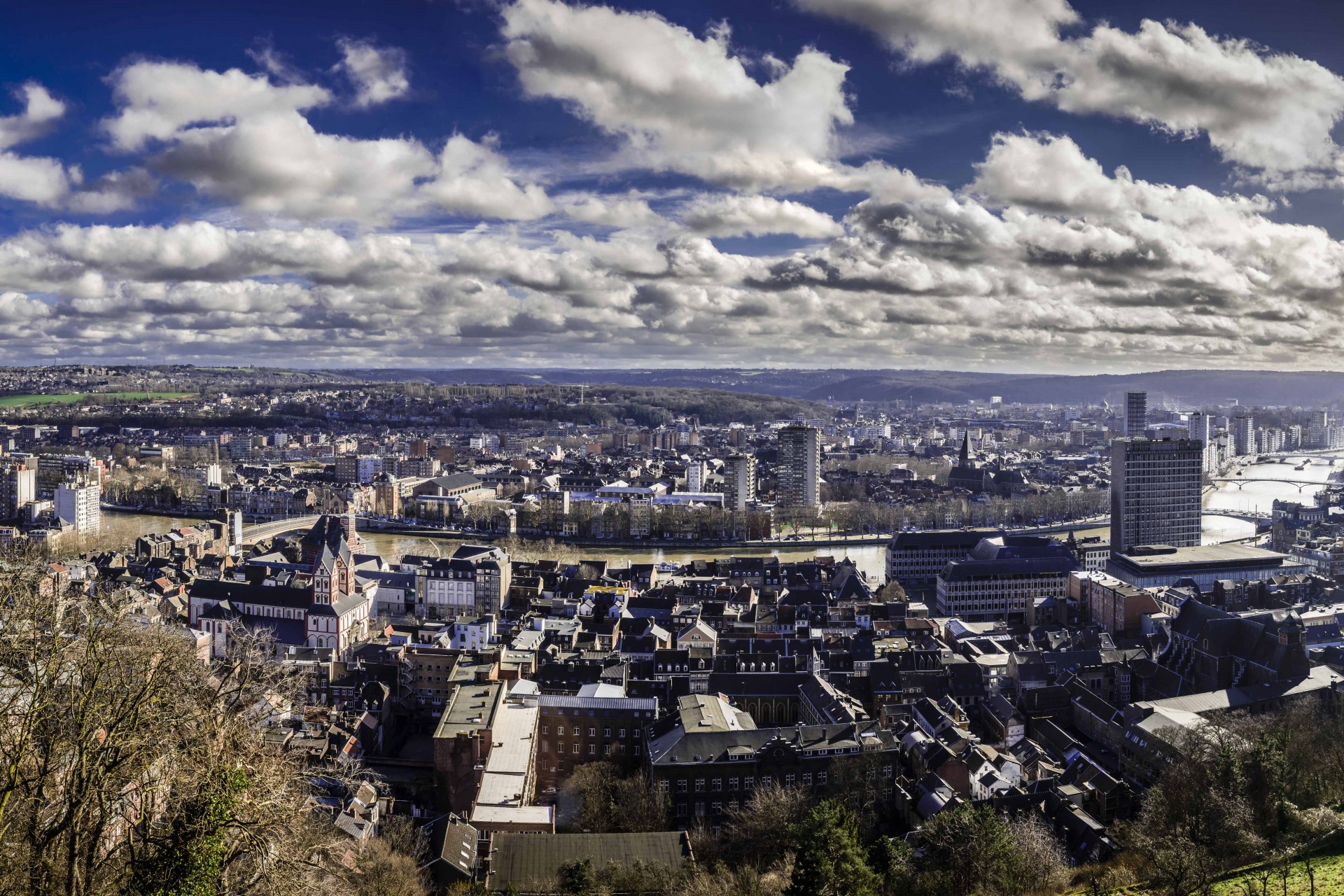 LIÈGE - The lookout of the Citadel - Access behind the CHR, boulevard du Troisième Génie
The terrace extends over 60 square metres and peaks on the southern slope of the Coteaux de la Citadelle. It is the end point of a 13 km long walking path offering the most beautiful panoramic city views. A way zigzags downhill to reach place Saint-Léonard. 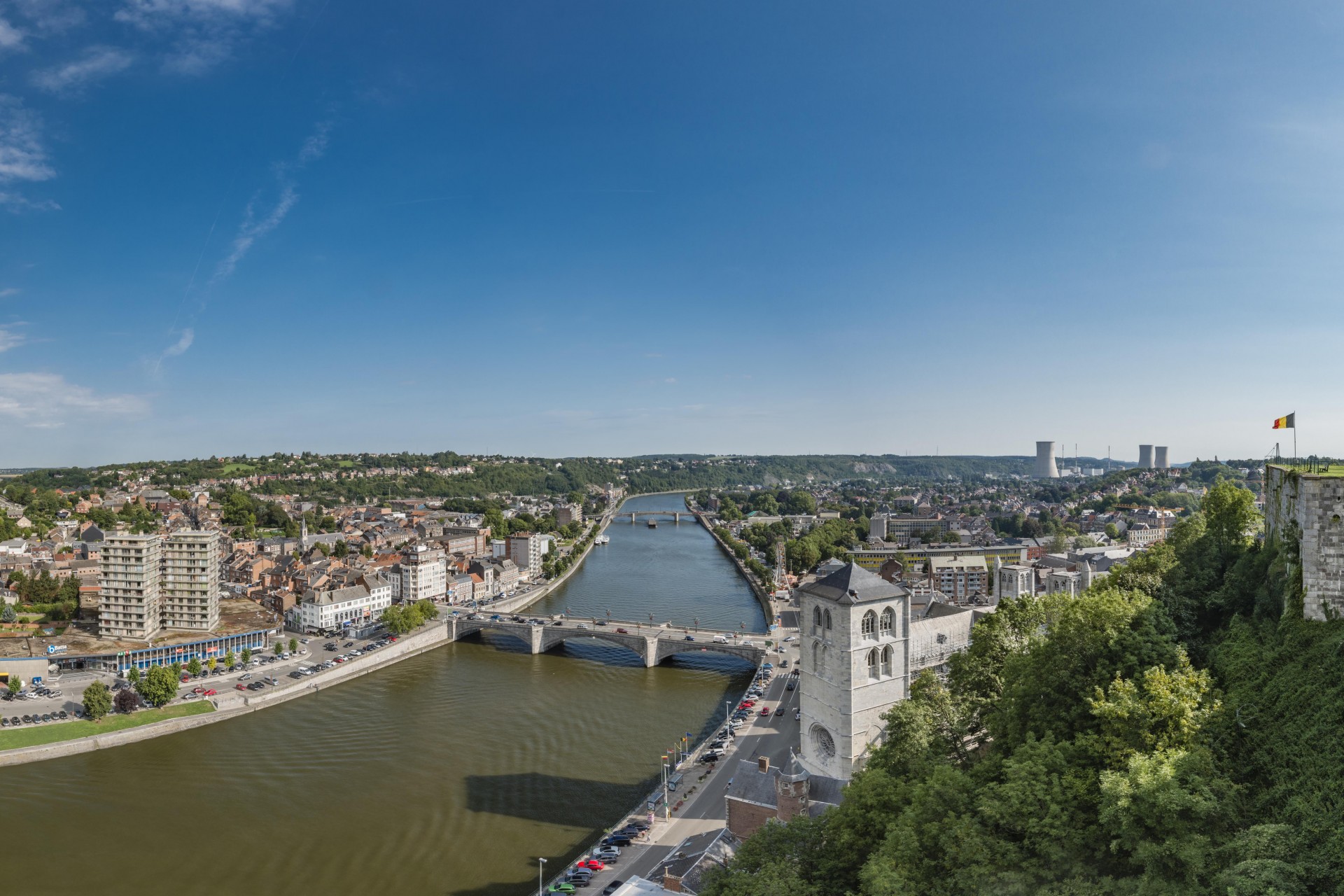 HUY - Summit of the fort - Payable access including the fort’s visit
The rocky spur overlooking the Meuse Valley has been for long considered as a strategic point. Fort Huy located on the listed site "Tchestia" (1818) is now a memorial dedicated to the dark years of this place. On a clear day, the view is always worth enjoying. 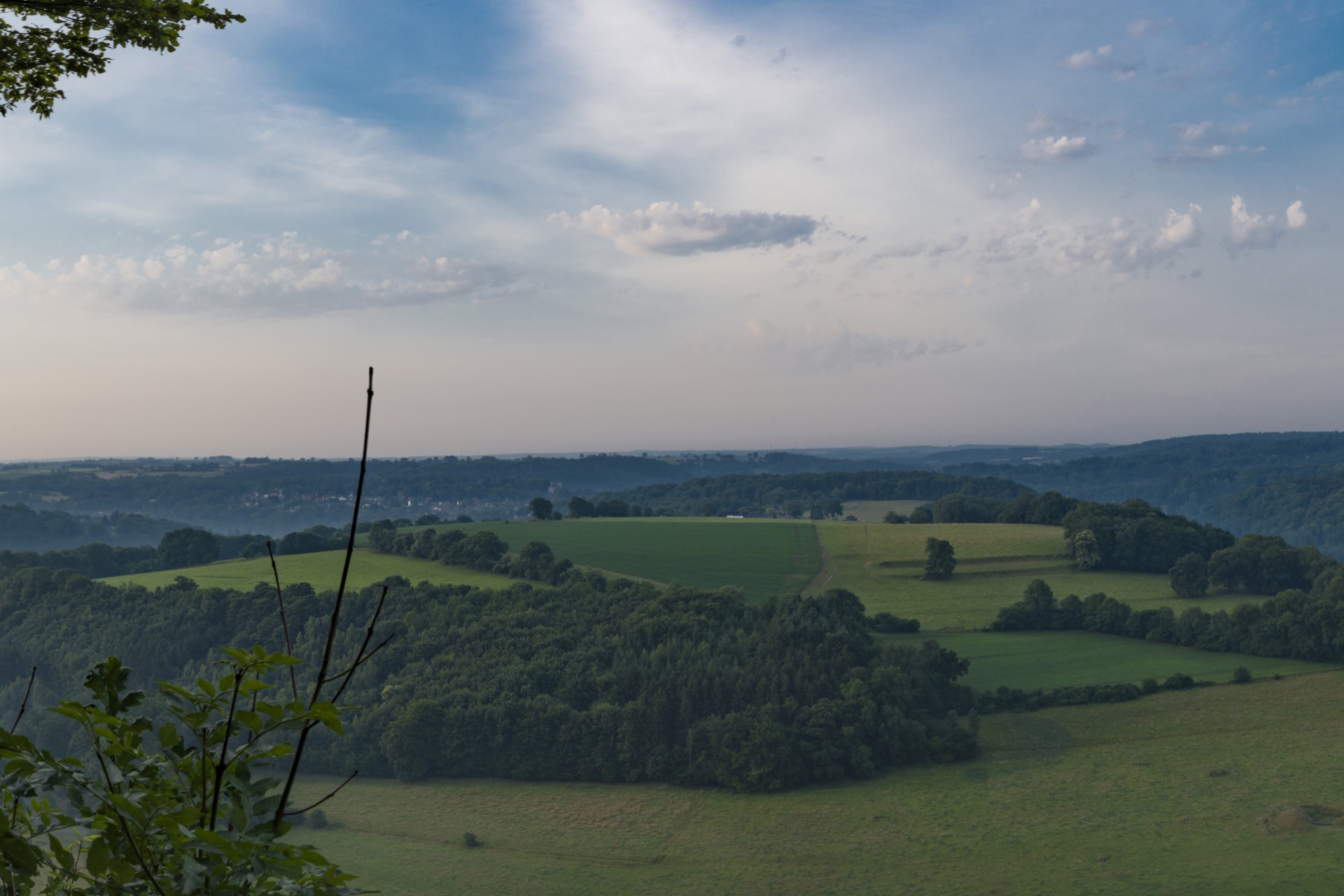 ESNEUX (Plainevaux) - La Roche aux Faucons - Walk from the end of rue Sablière
The rock which used to be a nest site for peregrine falcons offers a panoramic view on the meandering Ourthe River stretching from Esneux to Neupré. The spot belongs to the exceptional sites of Wallonia and has also a unique walking network. Make sure to carry a good pair of walking shoes to visit the Roche aux Faucons. The site is not visible from the street. 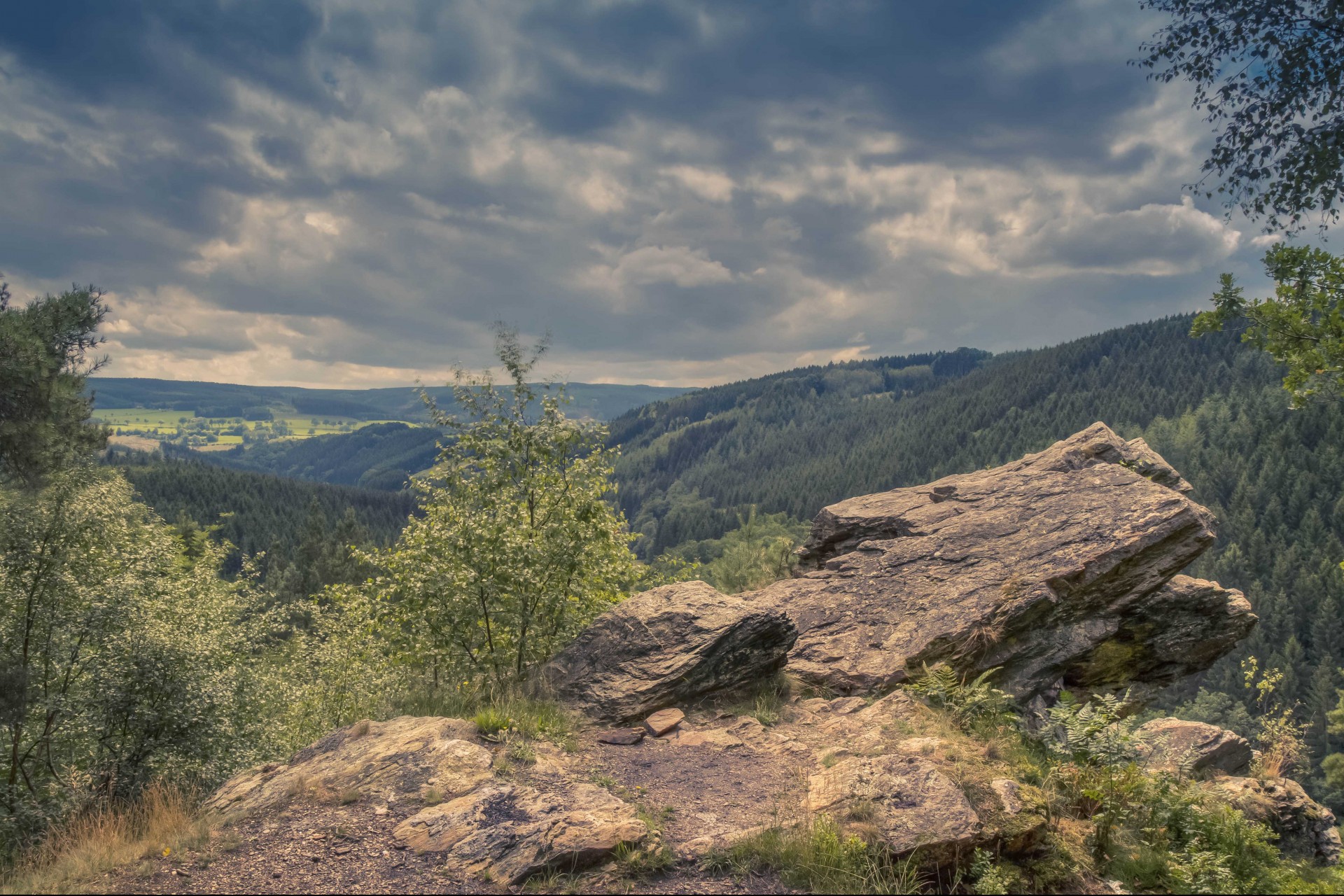 MALMEDY - Rocher de Falize - Route de Falize
At the summit of the hill dominating the left bank of River Warche, the rock overlooks the valley with a sheer drop. From downstream to upstream, you can distinguish the “Rocher du Point de vue » and the « Rocher Amont ». Right in front, an arrow indicates the nearby Abbey of Wavreumont. 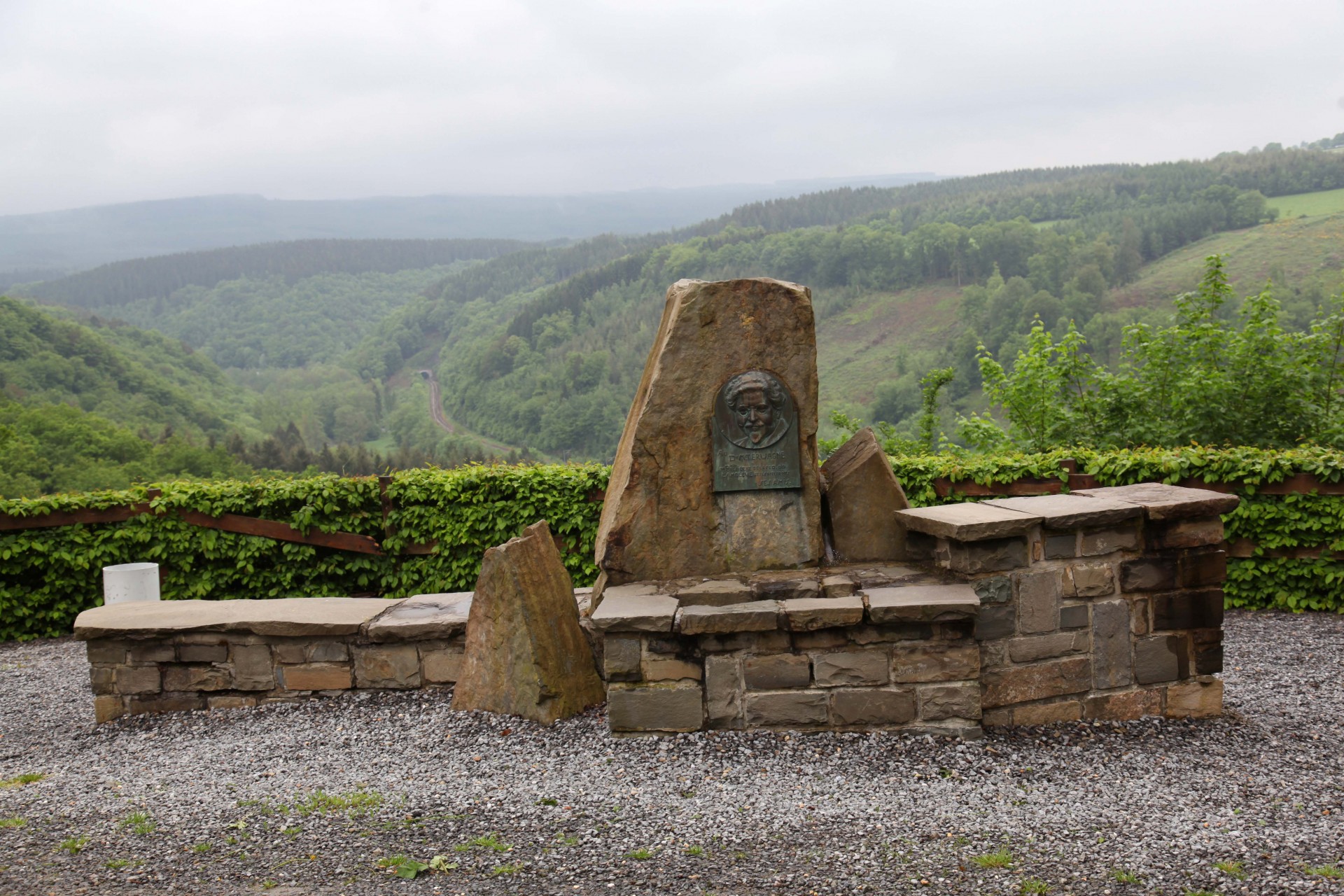 STOUMONT - Viewpoint “Congo” - Route de l’Amblève
It gets its name from the workers who built the railroad (1880-1885). Outstanding view on the surrounding valleys and the wooded hills. Access shortly after Stoumont. The place is almost uninhabited and looks like a tropical rainforest in the summer.
My selection