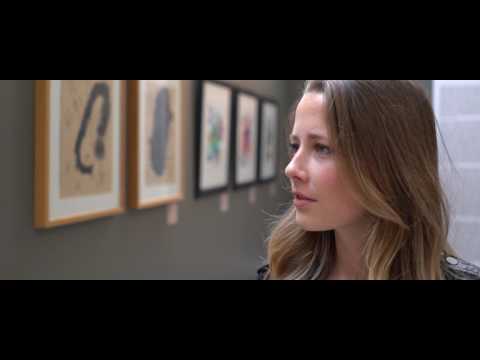 This outstanding exhibition at the Pouhon Pierre Le Grand in Spa presents over a hundred original works by Joan Miró: watercolours, lithographs, drawings, etchings, collages and ceramics by the Spanish master.

Most of these works are on public exhibition for the first time in this magnificent setting. The exhibition is structured around a number of themes: the Spanish Civil War, surrealism, colours, the artist’s hands, themes, simplicity, the role of childhood and freedom. The exhibition also examines a little-known facet of this famous artist: his desire to go beyond painting and conquer the general public. In 1938, Miró wrote: “The more I work, the more I want to work. I’d like to try sculpture, pottery and etching, and have a printing press. I’d also like to go beyond painting on an easel, as far as possible, and use my painting to approach the human masses about whom I’ve never stopped thinking”. In 1948, Miró returned to Paris. This was the starting point for a considerable body of graphic work, which took up a increasingly important place in the artist’s work.

Miró completed hundreds of works up to 1982. The exhibition presents this vast whirlwind of creation. No artist has ever been so free to do and so desirous to give as Joan Miró.

During 2016, alongside the permanent exhibition dedicated to Miró, visitors will find nearly 60 original works by the American artist Andy Warhol. The visit covers Andy Warhol’s favourite themes: the Campell’s Soup Cans, the first consumer objects, advertising, the birth of Pop Art, Marilyn Monroe, the “Superstars” and the fear of death.